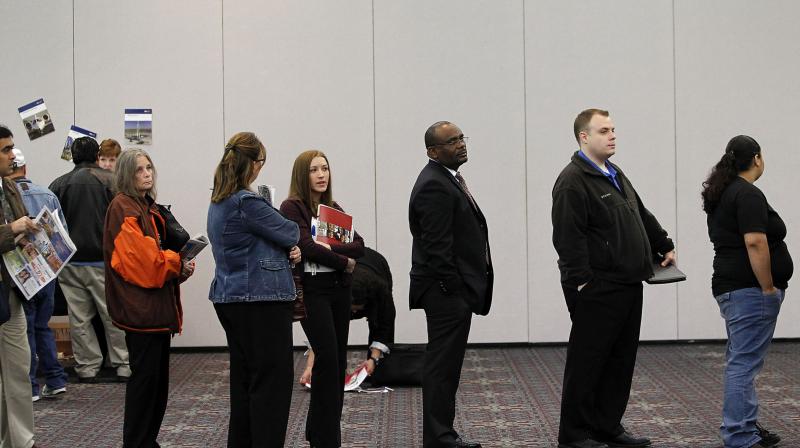 Washington: Job cuts in the United States rose for a second month in a row in April as employers assessed costs and the growing risk of inflation in a labor market that has mostly seen record demand for workers over the past year, employment tracker Challenger, Gray & Christmas Inc showed on Thursday.

US employers announced 24,286 cuts in April, a 14% increase from the 21,387 tracked in March and up 6% from the 22,913 cuts monitored in April 2021, the firm’s latest monthly report showed. It was also the first time in a year when job cuts were higher than the corresponding month a year earlier.

“Job cut plans appear to be on the rise, particularly as companies assess market conditions, inflationary risks, and capital spending,” Andrew Challenger, senior vice president of Challenger, Gray & Christmas, Inc, said in the company’s report. “Despite this, job openings are still at record highs. Workers who are being cut will have lots of opportunities and will likely land quickly.”

While job cuts rose for a second month in a row, the number of layoffs — 79,982 — were the lowest recorded in total between a January to April period, the data showed.

Separately, private payrolls processor ADP reported on Wednesday that private employers in the United States added 247,000 jobs in April, just about half of March levels and the smallest in two years as the labor market hovered at full employment.

The Challenger report on job cuts came ahead of Friday’s all-important US non-farm payrolls report for April from the Labor Department, which is expected to cite a jobs growth of 391,000 last month and an unemployment rate of 3.5%. A jobless rate of 4% or below is regarded by the Federal Reserve as maximum employment.

Joblessness among Americans reached a record high of 14.8% in April 2020, with the loss of some 20 million jobs in the aftermath of the coronavirus breakout. Jobs recovery has, however, been stellar over the past year, with the unemployment rate moving down to 3.6% at the end of March.