What Russia hopes to do by ratcheting up tensions with Ukraine 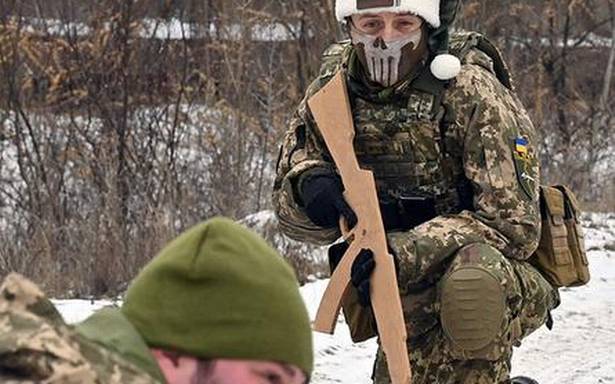 The story so far: Tensions between Russia and the West have been rising for months now. Russia has amassed more than 1,00,000 troops at its border with aspiring NATO member Ukraine, prompting fears that it is planning to invade its neighbour. While Russia has denied such plans, it has, at the same time, stated that the troop deployment is in response to NATO’s refusal to cap its steady expansion eastward. Putting the onus of de-escalation on the West, Kremlin has put forward a series of proposals outlining the conditions that must be met before it would scale back its mobilisations. But the U.S. and NATO, while agreeing to talks, have said Moscow’s proposals cannot be taken seriously. U.S. President Joe Biden has also assured his Ukrainian counterpart Volodymyr Zelensky that the U.S. will “respond decisively” in case of an invasion by Russia.

What are Russia’s demands?

At a press conference in December, Russia’s President Vladimir Putin, when asked if he could guarantee that Russia won’t invade Ukraine, replied that it would depend on “unconditional compliance with Russian security demands”. Russia released these demands in the form of draft security pacts in December. Foremost among them is that NATO should withdraw troops and weapons from all countries in Europe that joined the alliance after May 1997, in the aftermath of the collapse of the Soviet Union. This would effectively mean that NATO cannot operate in any of the Baltic nations that border Russia (Latvia, Estonia, Lithuania), central European states such as Poland, Hungary, and the Czech republic, and Balkan states such as Croatia and Slovenia. Russia also wants NATO to drop plans of any further ‘enlargement’, which means committing to not accepting Ukraine and Georgia as members. Another demand is that NATO must not hold drills in eastern Europe, Ukraine and Georgia without prior approval from Russia.

What has been the West’s response to Russia’s proposals?

American and NATO officials, while indicating that they are open to negotiations, have bluntly stated that Russia’s proposals are unrealistic. Citing the principle of sovereignty, they insist that Ukraine, and every other country in eastern Europe, has the right to determine its foreign policy without outside interference and join whichever alliance it wants. They have also dismissed the idea of Russia wielding veto power over who gets to become a member of NATO, and pointed out that NATO would not take decisions affecting eastern Europe without involving the countries concerned. In other words, they believe that Russia, by amassing troops at the Ukrainian border and ratcheting up tensions, is hoping to negotiate the regional security architecture directly with Washington, bypassing the small European states. But both the U.S. and NATO have indicated that they would not want to fall into this trap and will instead consult their European allies on their negotiations with Kremlin.

How do the rising tensions impact the Nord Stream 2 pipeline ?

The Nord Stream 2 pipeline is complete but has to get multiple clearances before gas starts flowing through it. As and when it gets operational, it would double the volume of gas supplied by Russia’s Gazprom to Europe’s industrial powerhouse Germany. With Greens a part of the ruling coalition, Germany is keen to phase out coal and nuclear energy. It desperately needs cheap gas, which is why former Chancellor Angela Merkel approved the Nord Stream 2. But Germany’s Vice Chancellor and Economic Affairs and Climate Action Minister Robert Habeck (from the Green Party) has termed the pipeline as “a mistake from a geopolitical perspective”, and has warned of “severe consequences”, including stopping the Nord Stream pipeline, if Russia were to invade Ukraine. American state department officials have also indicated that sanctions against Nord Stream 2 are a certainty in case of an invasion.

Senior officials from the U.S. and Russia, led by Deputy Secretary of State Wendy Sherman and Deputy Foreign Minister Sergei Ryabkov, will hold talks in Geneva on January 10 to try and work out a path towards de-escalation. Negotiations are also expected to continue a couple of days later at the Organisation for Security and Co-operation (OSCE) in Vienna. While Russia is expected to continue its tactic of deploying brinkmanship in pursuit of geopolitical goals, the U.S. will seek to leverage the possibility that an actual invasion would only make the states in the region cling tighter to NATO, by making the Russian threat more real and urgent. 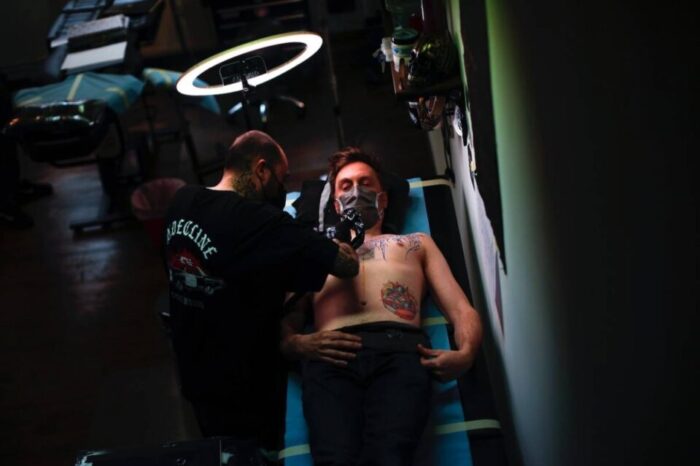